Agar.io Wiki
Register
Don't have an account?
Sign In
Advertisement
in: Skins, Premium, Skins added in 2015,
and 3 more

The Spy skin can be purchased in the store for 9999 coins. This is the most expensive skin in the store. When equipped, the player's cell will appear as a 5x5 tiled part of the 'Grid' of the map. 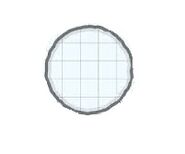