Flag
Poland is one of the country skins in Agar.io. It can be used by typing "Poland" in the nickname box before the game begins. Then the player's cell will become the flag of Poland.

Old version of the skin: 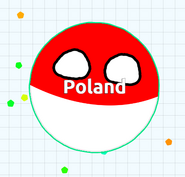 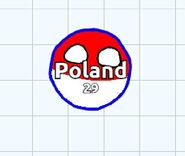 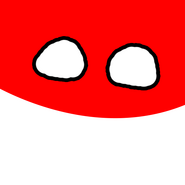 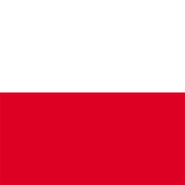 Add a photo to this gallery

New Version of the skin:

Retrieved from "https://agario.fandom.com/wiki/Poland?oldid=47240"
Community content is available under CC-BY-SA unless otherwise noted.