Agar.io Wiki
Register
Don't have an account?
Sign In
Advertisement
in: Skins, Skins added in 2018, Skins paid with real money

Nightmare is one of the three skins released in the first part of the Mr. Bones' Vitality Stash offer. It could be purchased as part of an item deal in mid October 2018.

Nightmare could be purchased for $9.99 in a limited time deal that included 16000 coins. It was not available for individual purchase and may not be available for purchase in the future. 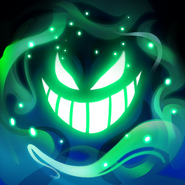 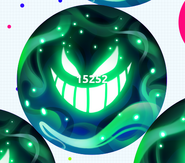 Nightmare in game
Community content is available under CC-BY-SA unless otherwise noted.
Advertisement