Monday Worker is one of the three skins released in the first part of the Mr. Bones' Vitality Stash offer. It could be purchased as part of an item deal in mid October 2018.

Monday Worker could be purchased for $14.99 in a limited time deal that included 25000 coins, 1200 DNA and the Bewitched skin. This skin was not available for individual purchase and may not be available for purchase in the future. 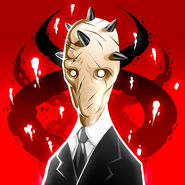 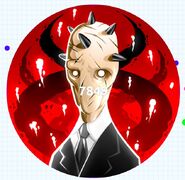