Mobile Version of Agar.io is free, you can download it in Google Play and App Store. In Mobile Version, the server will selected randomly when you start the game with FFA game mode. Agar.io could also be played on your mobile browser by typing "Agar.io" in the address bar with different look, but now it will direct you to Google Play and the App Store.

In addition to controlling one cell with the touch screen you can also split your cell or shoot mass. You can use this to split and catch up to a smaller cell that is faster than you. Or you can shoot mass to slow that cell down and catch up, just make sure they don’t grow too much.

While you are small you can hide in a green virus, but when you are bigger it will split you. You can regroup, but you will need to smash into your other parts to do this.

If you play agar.io mobile version on your browser, it can not eject the mass because there no features that able to ejecting cell and the cells can do splitting by pressing the button on the up left corner.

You can customize the Agar.io controls to match your play style. There are several important options to choose. The first one is Stop On Release. If you turn this off, the cell will keep moving when you take your finger off the screen. This can be handy if you need to re-adjust or to tap a button.

You can also choose to use Direction on Touch. This option is handy as you can touch the screen and immediately start moving in that direction. 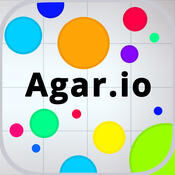 Agar.io in Appstore.
Community content is available under CC-BY-SA unless otherwise noted.
Advertisement