Agar.io Wiki
Register
Don't have an account?
Sign In
Advertisement
in: Skins, Uncommon Skins, Skins added in 2016,
and 3 more

Aer is one of the four skins released under the Titan Wars offer. It looks like a swirling tornado with lightning and a face. Aer could be purchased individually using game coins in November 2016.

Aer could be purchased in the Skins Shop under the 'Titan' tab for 2900 coins. This skin was available for a limited time and may not be available for purchase in the future.

Note: The Titan Wars offer was released again for limited times in early March 2018 and then in mid January 2022. The price for Aer remained at 2900 coins for each of these releases. 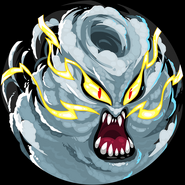 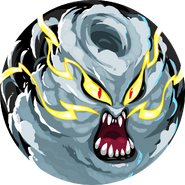 Aer in the Skins Shop
Community content is available under CC-BY-SA unless otherwise noted.
Advertisement